China And The US After 50 Years 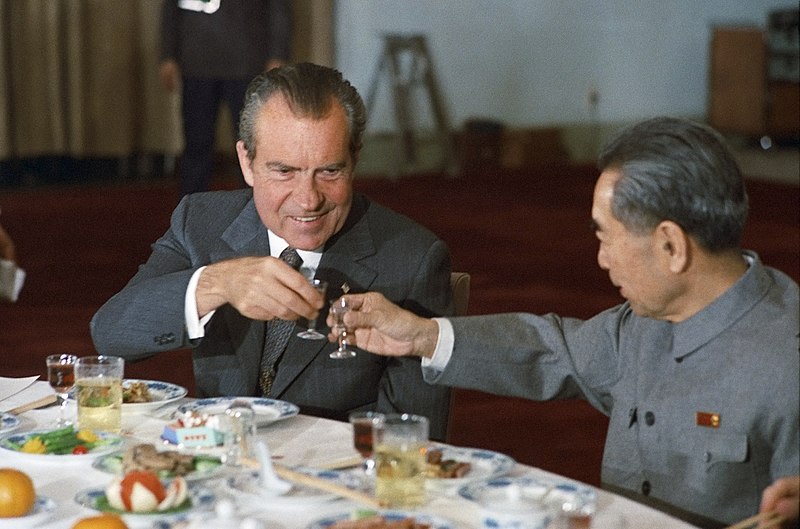 Nine Presidents have occupied the White House since that famous photograph of then-President Richard Nixon and Chinese Premier Zhou Enlai toasting each other. It was the winter of 1972, and the two leaders had just concluded the agreements that would open China's markets to the world and complete the great American vision of a "Global Community."

Today we are more likely to know that vision as the New World Order. A phrase made famous by President George HW Bush (Bush senior).

Suppose we could just read their minds at that moment. I'm sure that each man thought he'd get the better deal. Zhou Enlai visualizes the world through the vast expanse of history for which Chinese thinkers are famous—thinking ahead generations, perhaps to our time now, and how the Chinese would come to dominate the world's Supply Chain.

And Richard Nixon no slouch when it came to self-esteem, thinking that the world's number one industrial country would be able to sell American goods to China for years to come.

Perhaps it was industrial might that was at the heart of both gentleman's thinking. Nixon, knowing at that time that America was unrivaled as the Industrial Plant of the World. And Zhou Enlai visualized a time when China would replace the US.

After half a century, it's time to see how the vision of the 37th President, Nixon, is surviving.

Interestingly enough, there are many similarities between these two periods in history. As the two leaders were toasting, the Stock Market in America was reaching new highs. Highs that it would take ten long years before stocks would see again.

Just weeks later, the Stock Market would begin one of the most prolonged bear phases in history. Massive inflation was just a couple of years after this American and Chinese Detente, as was the resignation of Nixon as President.

As for Nixon's vision, I'm sure he felt that America would retain its position as the number one economic country in the world.

Here, the results are mixed. By most measures, the US retains its title as the world's largest economy, but with some reservations. Today the American economy is dominated by Finance and Consumption. There is no doubt that if you have a product or service to sell, America is the place to be.

The two countries have entirely switched places. And this is reflected in many of the subsequent economic measures.

Perhaps the most pertinent is trade. The US has become increasingly reliant on foreign producers, many from China, to provide us with the everyday goods we need.

By the Numbers, China's balance of trade last month increased again. China's Trade surplus is now near $100 billion per month. It is an all-time global record.

Last month, the US had a goods deficit of over $100 billion for six months in a row. And last year, for the first time in history, the US recorded a $1 Trillion goods deficit.

Trade is, in fact, the "Supply Chain" Issue. Many may not know the numbers, but we all know the results. The slow deliveries and empty store shelves with which we're living.

Worst still, we're learning that we depend on these offshore producers. A few weeks ago, the major American Auto Producers had to halt their plants as they waited for Chinese-produced semiconductors to make it across the Pacific.

This year we've seen shortages in aluminum and steel, lumber and plastics, as well as other building supplies.

And of course, the big one, due more to the President's "Boycott" of Russian imports, has been the shortage in oil and gas. A boycott sent gasoline and diesel fuel to the highest price in years. And the subsequent deficit was the number one contributor to inflation.

But perhaps the cruelest realization of all is that our former partner, China, looks to have found a new "friend." 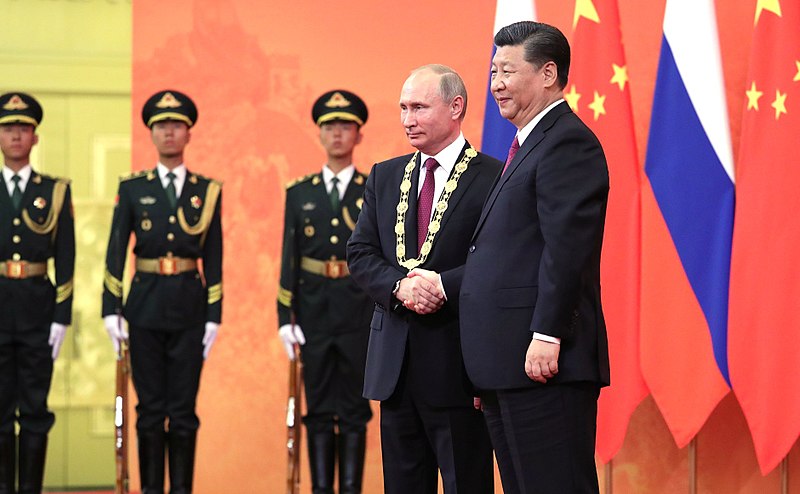 There Is A Rogue Among Us

On Tuesday, the world awoke to the realization that there is a force unleashed that completely disregards human life and welfare. Its when we found out t…

The Market's Tailwind Is Gone

For the past 14 years, American Corporations have received an incredible boost in earnings. An increase may have contributed up to one-third of their pro…