Farmland: The Ain't Making Any More. 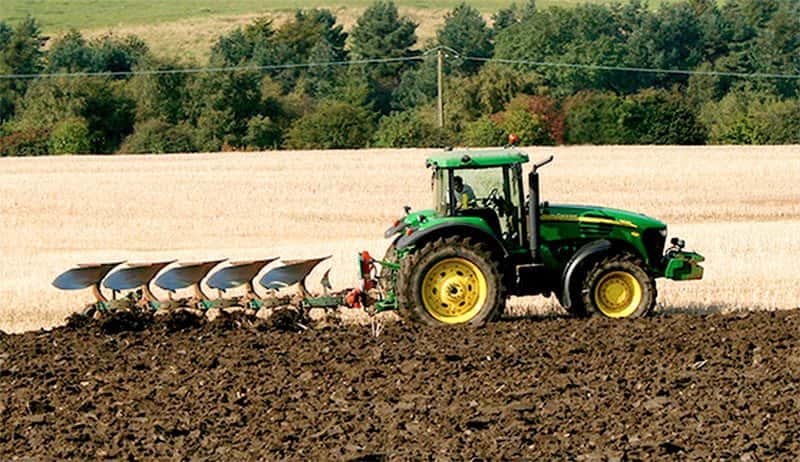 America it's a mighty big place. It takes 5 or 6 hours to fly over, days if traveling by automobile.

All together the USA is the fourth largest country by territory in the world. Only Russia, Canada, and China have more territory.

And one of the distinguishing attributes of our country is the number of farms. Only China has more farmland than does the US.

Just over 17% of our total land is on farms. Roughly 328 million acres.

And as our title suggested, they ain't making anymore. We hit that level of 300 million-plus acres back in 1996.

And we've been pretty much static ever since. In other words, we've plowed just about all we're going to plow. In practical terms, we've maxed out our farmland.

Now, I'm not going to turn all Paul Ehrlich on you and tell you that we're all going to starve because we've run out of farmland.

No, quite the opposite. I believe that modern improvements in farming technology will mean that we're going to do just fine. IF, and only if, we can continue to utilize that technology.

Put this in the category of one of those unexpected consequences. But, believe it or not, the American response to the Russian Incursion into Ukraine may have a profound effect on American Farms.

And none of that will likely come to the American Farmers.

Now if you're a home gardener you know that different crops need different fertilizers. What's good for vegetables may not help your roses.

And it's the same for commercial crops. The US does fine in producing nitrogen-based fertilizer, like Urea. Nitrogen is good for the grain crops like corn, wheat, and soybeans.

The problem comes with some of the other fertilizers. We need potash and potassium to grow those delicious vegetables and other crops.

And up until now, we've been importing those from, you guessed it Russia and Belarus. Some from Canada, but it's doubtful Canada could supply us with all our needs.

To give you some idea of the magnitude of this problem, I'd like to turn your attention to this month's edition of "Foreign Policy Magazine."

In their lead story, they detail the sad story of Sri Lanka. An over-zealous group of leaders decided that Sri Lanka should go full-on organic. Do away with the same sort of fertilizers that we're talking about here.

In the words of Foreign Policy, the results were “brutal and swift.” Rice production, the people's principal food staple, fell by 20%. The country was forced to import $450 million dollars worth of rice on the world market.

Sri Lanka had heretofore always been self-sufficient in rice production. And the price of rice locally rose by 50%.

A genuine life-threatening crisis. Brought about by reduced use of just the sort of fertilizers that we import from Russia China and Belarus.

The long-range ramifications for the American farmer are profound. This ill-conceived, hastily instituted boycott by the Biden Administration promises to be with us for many months if not years.

For Farmers, it will mean limiting certain crops, for which they cannot get the proper fertilizer. Overall it makes American Agriculture even more fragile.

Let's just hope we don't get a drought.

I grew up in Santa Barbara, California. A town with a rich Hispanic heritage that goes back to its discovery by Juan Rodriguez Cabrillo in the 16th centu…

At 2 o'clock this afternoon, eastern time, the Federal Reserve will announce its latest move in interest rates. Their objective is to curb this runaway i…