Five Ways They're Slowing The Economy.

There are five ways that the Biden Administration and the Federal Reserve propose to slow this economy and lower the rate of inflation.

And make no mistake those two objectives are intrinsically linked. Although publicly these strategies have been aimed at inflation, they will result in a much more slow-growth economy.

If indeed the economy is allowed to grow at all.

Three of these strategies have already been put in place, by this afternoon the fourth will be announced, and a little later the fifth and final strategy is likely to pass the Congress.

We begin with today’s action by the Federal Reserve. For the third time in this interest rate cycle, the Fed will raise interest rates. The question is whether they will do it, but by how much.

You see, interest rates are generally assumed to be the most powerful tool, in the Fed’s toolbox. Nearly every financial transaction is affected by the current interest rate.

Much of the production side of the economy, from raw materials to components to inventory all financed. As interest rates go up, so too does the cost of production.

Private corporate debt is at all-time highs. As interest rates rise, so too does the cost of capital. Governments of all shapes and sizes are largely financed by debt. Higher interest rates translate into higher taxes down the line.

And so it goes.

By the end of today, we should see short-term interest rates at least three times the levels they were in April. That’s a Fed Funds Rate of at least 150 basis points versus 25 basis points last March.

This will slow the economy.

The next two ways in which they will slow the economy, are really by stopping two highly stimulative programs. Programs that were designed to bail the county out of the Covid-induced recession.

The first was the halt in the stimulus checks. Just by removing this boost, the economy was inevitably going to fall back. We can argue about how effective these checks really were. But we can’t argue that real people spent real money from these checks.

A very similar result came from the Quantitative Easing, a strategy the fed used for the very first time to help the economy recover from the Great Financial Crisis. Essentially the Fed was purchasing each month $80 Billion in US Treasury And Agency Bonds when the program was recently halted.

By reducing the amount that the Federal Government had to borrow, it allowed more for individuals and companies for their own financing. Thus indirectly providing funds for economic growth.

Removing this program, removes those available funds, and will slow the economy.

The fourth way they’re slowing the economy is by capping the supply of energy. On his second day in office, Biden shut down the Keystone Pipeline. Later he would cut off federal lease lands and cut all oil supplied by Russia. This has effectively reduced the amount of low-priced oil and gas, as you know. And has already been very effective at slowing this economy.

The final way to slow this economy is proposed in the 2023 Budget sent to Congress By the president. While Congress continues to review the Budget, I want to draw your attention to the proposed Corporate Tax Rate.

The New rate would jump corporate taxes by a third, from the current 21% rate to 28%. As this is a deduction for all profitable companies, we can expect that bottom-line earnings should fall by a like amount.

This will have a huge impact on investors. And is yet another way that they are slowing the economy.

So there you have it. Five ways in which they are slowing the economy. By this afternoon four of the slowdown will be in place.

With the fifth strategy, higher corporate taxes are due to follow in a few months.

When all is said and done, we will have gone from the most stimulative monetary policy in our history to likely the most restrictive. And we will have done all this in much less than a year.

No easy transition: it’s full speed to a full stop.

You know, in the early 1980s then-Fed Chairman Paul Volcker had just one tool in his monetary tool kit. And that was interest rate policy. And just using that one tool, he was able to break inflation that was even more virulent than today.

He also put us into a brief recession.

Today the Fed and Treasury have five times the leverage over this economy. And they are going to put them all into a full stop.

There is no doubt in my mind that this will be extremely effective at slowing the economy.

The only question is: when they are through, will we then have a Recession, or something much, much worse?

First up the European Central Bank, meeting currently for a (quote/unquote) Unscheduled meeting. One doesn’t want to say “emergency” meeting, after all, that might imply that the European Economy is starting to get away from them.

The topic of today’s ECB Meeting is to discuss the “bond selloff.” Again a wonderful euphemism, describing just how far things are starting to unwind in Europe.

With its zero-interest sovereign debt, Europe is way behind the curve. Inflation in Europe has made their bond market way out of step. How do you sell zero-interest bonds in an environment of spiking inflation?

I’m sure the ECB will let us know later today.

In any event, the European Markets seem to like it. As most major averages are currently trading higher. Breaking a six-day losing streak.

Turning back home, of course, all eyes will turn to the Eccles Building at two o’clock this afternoon, when the Federal Reserve will announce its latest interest rate decision.

Up until this week, just about everyone on Wall Street expected them to announce a 50 basis point hike in rates. However, a recent article in the Wall Street Journal seemed to indicate that a 75 basis point or even 100 basis point boost in rates was more likely.

And because it was the Journal, everyone presumed that they had direct information from the Fed. In any event, this was the primary reason for that sell-off we saw on Monday.

However, having said all that, in looking at the bond market in particular my guess this morning, and it’s only a guess, is that the Fed will back off on that level. And we’ll see just a 50 basis point hike.

But whatever, stand by, in a couple of hours, we’ll know.

The final piece of the puzzle will be announced in just a few minutes. Retail Sales, the last major economic report before the Fed votes on interest rates. Retail Sales will be released, expect to show a very, very slight gain for May.

A very light day for earnings, with only textbook publisher John Wiley & Sons on the calendar.

Have A Great Day! 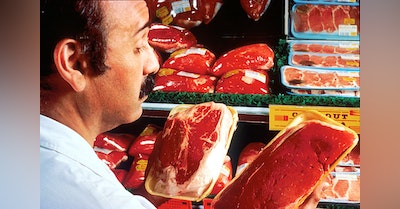 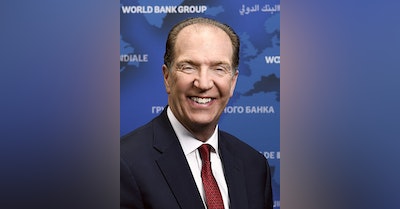