For many years the best indicator for the fortunes of any country has been the relative value of its currency.

And the International Foreign Exchange Markets, the largest financial markets in the world, measure those relative values daily.

FOREX has become my: “go-to” indicator throughout this current Russian incursion in Ukraine. And recently the FOREX markets have been telling a very different story than the one we see on our nightly news reports.

True, at the beginning of the conflict, the Russian Ruble was extremely weak. After war broke out from the end of February to the first week of March, the Rubble measured against the dollar lost nearly half its value.

In other words, it took twice as many Rubbles to buy a dollar as it did before the war.

Foreign Exchange Markets were judging that the war was not going well for Russia. It looked like Russia was bogged down in an endless conflict. Just exactly like the American press was telling us.

But by mid-March, all that began to change. At least from the perspective of Foreign exchange. The Russian Rubel began to strengthen dramatically. And so did Russia's fortunes on the battlefield.

This morning, after the full impact of Russia's victory in Mariupol, is fully being realized. The Ruble has rallied to new all-time highs. One third higher than before the war began.

Do these people know anything about Canada?

The world's second-largest country, bounded by the United States on the South, and the Pacific, Atlantic, and Arctic Oceans.

Vast doesn't begin to describe Canada. With Forrest that stretches from here to forever. One of the largest oil reserves, and a leader in just about every industrial metal you'd care to name. From zinc to iron to uranium. Canada has it all.

Well, it turned out that it was Statistics Canada, an agency of their government that put out this report. So, I guess they did know a thing or two about their country.

But how is this possible? How is it that Canada, of all places, has to first import raw materials? And Second has to pay such an incredibly high price for those raw materials?

Well, the second question is easier to answer than the first, so let me give you that. In the past 12 months, Canada's price for raw materials is up over 38%.

And that's what really drew my eye.

Worst still, Canada Statistics is cheering the fact that this latest month represents a reduction from the over 42% higher prices they were running the month before.

And it's here that things get a little tricky.

So what if a foreign-owned company produces raw materials in Canada? When it sells those products to say, a Canadian manufacturer is it foreign or domestic?

And it's not just an idle question. You see traditionally both the United States and Great Britain, have invested heavily in Canada. Many American cars, for instance, are produced up north.

Recently a third nation has elected to join in. And that nation is China.

China seems to have an inexhaustible appetite for  Canadian resource companies. For the past 20 years, China has bought as many small Canadian Gold Mines as they could get their hands on. Lumber companies too.

But most especially Canadian oil companies. In the past few years, China has purchased: Addax Petroleum, "Petro-Khazakhstan," and CNOOC Petroleum. All major Canadian oil producers.

So now we come to the question. If a Chinese oil company produces oil in Canada, is it foreign oil?

The answer, I'm quite sure, is yes. China-owned the oil and sold it to Canada. Foreign oil.

But the greater question, and the more important one, is who sets the price? And here there can be no doubt.

China, or at least those Chinese companies, set the price. And when that salient point is fully grasped, you understand why Canadian prices for raw materials have risen so much.

It's not where those raw materials are located that counts. It's who sets the price.

So yes, you can sell ice cubes to Eskimos, if you own the ice maker.

That's to be expected in today's worldwide inflation epidemic. What wasn't expected was the drop in German inflation at the Producer or wholesale level.

For the month of April German Producer Prices came in at just 2.8% two points lower than the month before.

But before we get too excited, German Producer Prices are still a third higher this year than last. So let's watch this indicator for next month and see if a trend is beginning.

Later this afternoon, Baker Hughes will report on the number of oil rigs working in the US.

Right now operational oil rigs are 563, and we are adding 5 or 6 new rigs per month. But just remember in 2019 there were nearly 900 operating oil rigs. As America shot to number one in oil production.

Leading off has been everybody's favorite farm tractor, John Deere and Company. Preliminary indications however indicate that Deere will open lower. Also reporting this morning is Footlocker, the athletic shoe store expected to open higher this morning.

Have A Great Day! 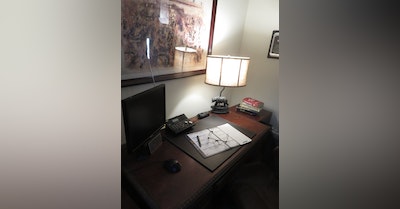 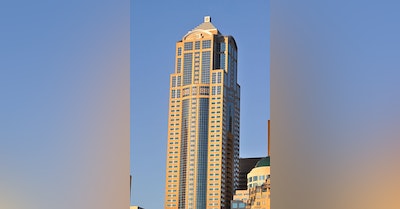