It's simply the cornerstone. And upon it is all else is built in this free market system.

You no doubt remember your college economics's professor drawing those two lines upon the board. The supply curve and the demand curve, and their intersection was the free market price.

And once discovered, price told you everything. Rising prices said that demand was good, and that producer's and suppliers were receiving increasing profits. While declining prices may indicate some trouble ahead.

For a century or more, politicians, especially those politicians in Washington try to talk the market higher. A process that's come to be known as “Jaw Boning.” They try to convince investors that all is well with the economy, and that markets ought to trend higher. They know that, as James Carvel noted so colorfully in managing Bill Clinton's campaign for President that: “It's the Economy, Stupid.” Or more precisely it's the economy's proxy, the Stock Market.

More recently we have taken this desire for higher and higher stock prices, to a new level. After the 1987 Stock Market Crash, then President Reagan created the Presidents Working Group on the Market. Now more often referred to as the Plunge Protection Team. It was designed to prevent just the sort of bottomless void that the market fell into during those fateful days in the fall of 87.

However, I'm afraid that is has morphed into a system that manages the day to day price action in the market. Today, for instance, you are never sure whether that rally that seems inevitably to follow every decline, was a natural working of Price Discovery. Or a manufactured response by the Plunge Protection Team.

Yesterday, was yet another perfect example. Did the Dow really rally 500 points because investors changed their perspective. Or were a few bureaucrats in Washington and New York, told to hit the “buy” button? And drive prices higher?

Finally, in the most egregious of all price manipulation, we have the current action of the Federal Reserve. The current policy of the Federal Reserve, is a prime example of Price Manipulation. First by setting short term interest rates artificially low. The objective here is to enhance the ability of businesses and consumers to receive loans and advances at extremely low rates. But this is a policy that has been going on for months now, and it adds a level of distortion to the financial system. A distortion that may take years to overcome.

But the Fed hasn't stopped there. The gargantuan bond purchase program, known as Quantitative Easing is another strategy that the Fed is using to lower the long term bond interest rate.

In other words we have gone FROM a free market system to a centrally controlled command economy, at least in terms of interest rate management.  And thereby we have lost one of our most sensitive measures of financial equilibrium.

Only time will tell how big a loss this has really been.

The US Dollar After Ukraine

The lifestyle you and I have enjoyed over the past generation has been due, in no small part, to the US Dollar's position as the International Reserve Cu… 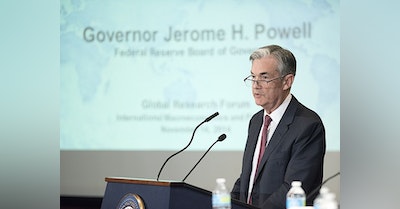 One of the most ludicrous aspects of our modern American society is the elementary solutions that our leaders present for our highly complex problems. Us…