The Pandemic's Impact On American Workers

In just a few minutes, we will get the latest Unemployment Report. For many, this report will indicate that all is well; the labor economy is humming. After all, for four months in a row, Unemployment has registered at 3.6%. Just one tick above the level we achieved before the Covid Pandemic.

But I don't think that's the case. A close look reveals some significant changes in the labor market. These are changes that could have a profound effect on our country's economy.

After all, one of the significant strengths of the US economy has always been our skilled labor force. We have a well-educated, hard-working population. And that desire to work and earn a living is reflected in the historical record. In the 1940s and 50s, the American workforce consisted primarily of men. Each morning they would take their lunch pail and clock in at their job.

In the 1970s, a major demographic shift occurred. Women began going off to work also. No longer staying home to raise children, the housewife diminished in numbers, while the number of career women increased. The US workforce rose by 10% of the population from the mid-1960s through the end of the century.

There was a dramatic increase in the country's productivity, which significantly contributed to our rising standard of living throughout the later half of the Twentieth Century.

It appears that we may be beginning just such a demographic shift currently.

So, join me as I take you along the journey I've been on since the Pandemic began. For some time, I've been uncomfortable about the labor numbers we've been seeing. And today's Unemployment Rate is a classic example. It will undoubtedly show that Unemployment, as we noted before, is about the same as before the Pandemic. And that implies that the country's workforce is doing just fine, thank you.

June's report was 3.6% unemployment, just like the three months prior. But if you dig into the numbers, you see that the actual number of people unemployed was lower than the month before. And this was a trend. The exact number of unemployed keeps getting lower.

This lower number of unemployed tells us that for the percentage to stay the same, the total number of workers must be declining also. It turns out that's true. Today there are 600K fewer workers than in 2019, just before the Pandemic struck.

There are fewer workers today than three years ago.

Then I looked at our population. There are 5 million more people in the country than in 2019.

So the population has increased by 5 million, while the number of workers has decreased by 600K. That means that the percentage of people working is decreasing. And as you've already guessed, there is a measure for that. It's called the Labor Force Participation Rate. And that report shows that one full percent of our workers decide not to work.

And before you say, well, it's only one percent, remember, with our current population, one percent equals over three million people.

Three million people have elected to stay at home, not to work.

Now I don't know the reason for this.

But if I can take you through just one more step.

Looking at just the Civilian Labor Force Participation Rate: today's economy is only operating at roughly 98% of the rate it was working before the Pandemic hit. That's what a significant event Covid was.

The potential for today's economy would be roughly 2% greater had the Pandemic never occurred.

Now we don't see potential numbers. We only see current numbers for our economy. We only see where we stand today. So we aren't seeing what our economy could be, how it could be more prosperous, its people richer.


And today, we can see that Covid has been the watershed event of this new millennia. We are a very different economy and nation from the one before Covid. And it's all right there in those labor force numbers, like today's unemployment rate.

And these reports tell a very different story than what you hear on the nightly news. They give us an idea of what our economy could have been without Covid.

So, we will get the Unemployment Report in just a few minutes. One of the most closely watched economic reports. It has become the classic method for Wall Street and Washington to point to economic progress. Everyone expects the Unemployment Rate to come in at 3.6% for the fifth month.

Also, today will be the release of the Non-Farm Payrolls report. The number of new workers added to our labor force in July. Here Wall Street Analysts are looking for a much lower number than last month. The Street expects only a little over 250K new jobs in July.

Please follow me for more stories on money and finance. 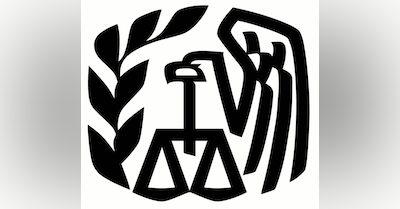 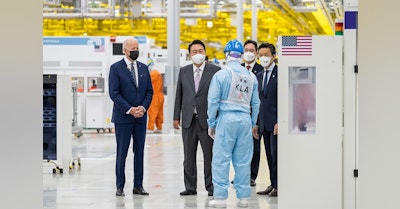