The Real Cause Of Higher Prices.

Last week we had the conclusion of the two day meeting of the Fed's Open Market Committee Meeting. The committee which sets short term interest rates, as well as establishing monetary policy.

It was a meeting which shook Wall Street, as the Fed suggested that they are willing to raise interest rates, in other words, tighten monetary conditions, in response to the spate of higher prices currently surging through the economy.

For any long term observer of the Federal Reserve, this was entirely predictable. You see the Fed follows conventional economic theory to a “T”. And this is just the sort of policy prescription that one would expect from any Economics Department at any American college or university. After all, as Milton Friedman said: inflation is always and everywhere a monetary phenomena.

So the solution to monetary inflation is essentially tighter monetary conditions.

But what if this time, conditions really are different? What if, as I believe, our current rising prices are due to insufficient production, and not fundamentally monetary in it's origin?

Let me illustrate my case, by three simple measures of rising prices for an average working person. Their three likely expenses each month are: food, rent and gasoline.

Of these three expenses, the most dramatic rise has been in the price of food and beverages. According to the most recent annual data, the price of food has been rising for years. From its low back in 2016, when the cost of food rose less than a percentage point. It has been up and up for food costs. In 2020 the cost of food was rising at a rate 10 times higher than 2016, and ended last year up over 8% higher than the year before. A 10 fold increase over the price increase of 2016. And I expect that this year the cost of food will absolutely skyrocket, as the drought in the Southwest really takes hold.

So mark food down as a big, likely the biggest contributor to higher prices. But is this due to monetary conditions or due to weather? I think the latter, weather in farm country. And I don't see how tighter monetary policy solves that problem.

Next, in expenses for our average working man or women, is the cost of gasoline. The primary expense for commuters everywhere. Last May, 2020 according to Gas Buddy, we were paying on average $1.74 per gallon of regular gasoline. Today, that same gallon of gasoline costs $3.08. A 44% increase in gasoline expense. Inflation? Or Production? For me, a clear cut case of Production. And I might add the policies of the current administration, which somehow view the production of oil and gas as a societal ill. Change incentives for oil production, and we would change this expense for the average worker over night.

Finally, rent. An expense which is completely dependent upon location. Although the cost of rent has continued to increase, it has done so at a smaller and smaller rate. In 2020 rents increased by just over 10%, whereas the year before rents were increasing at almost 12%. And this year, no doubt that rate of increase may drop entirely, as there are indications that some cities may see actual declines in rents.

And here, there may be an argument for monetary policy affecting the cost of rent. After all most rental properties, such as apartment buildings are financed. And that financing is dependent upon the prevailing interest rate. Lower interest rate, would translate into lower rents.

But overall if you look at our simple 3 factor analysis of the current higher prices, I come to the conclusion that this is a production issue, not a monetary issue. That food production has more to do with weather conditions, than monetary. That gasoline prices is more closely tied to current administration policies and incentives, than monetary policy. And that only with rents could their be an argument for interest rate policy having an affect. But that would argue for lower interest rates, the exact opposite of what the Fed is currently looking at.

Overall I see this as an economy with significant imbalances. The solution to which is centered, in most cases on production, not monetary policy. 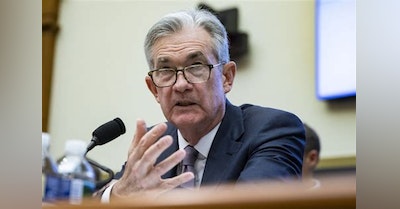 Last week it appeared that the stars had aligned. That, for the first time since the Pandemic's Economic Lock-Down, that the Fed would return to a more n… 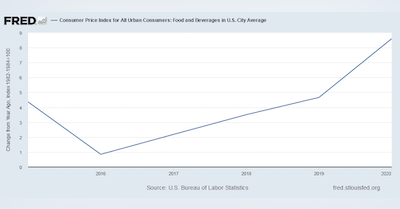 It's simply the cornerstone. And upon it is all else is built in this free market system. It is price. You no doubt remember your college economics's…