The year was 1929, and the place was the Rose Bowl. The two best teams in college football met in an epic contest. It was the Golden Bears of the University of California versus the Rambling Wrecks from Georgia Tech.

Tech was driving for a touchdown in the second quarter when they fumbled. Cal player Roy Riegels picked up the ball and was immediately hit but could stay on his feet. Disoriented and confused, Riegels headed for the wrong goal line. His teammate tackled, Reigels at the wrong goal line. A couple of plays later, Georgia Tech scored a 2-point safety, which proved to be the margin of victory. Today Reigle's run is considered the worst blunder in College Football history.

Riegels had allowed the opponent to score, which Tech used to win the game, and become the National Champion. During that wrong way run, the legendary announcer Graham McNamee was shouting:

Today, you and I may feel the same as we watch the Biden Administration seemingly always headed in the wrong direction. President Biden's three chief wrong-way economic turns include Energy, Trade, and Taiwan. Disoriented and confused seems to be the watchword for this group in Washington.

I believe Biden often heads in the wrong direction whenever the subject is oil. His policies have included shutting down pipelines and canceling leases on Federal Lands.

But the Ukraine conflict allowed Biden to go south in a hurry. On March 8 of this year, Biden signed an Executive order banning imports of all Russian oil. An Executive Order eliminated about 10% of America's supply, increasing oil prices further.

Recent research from institutions as diverse as the Cato Institute and the Brookings Institute have pointed to the correlation between high oil prices and recession.

Not only has Biden's "run" toward higher oil prices brought us closer to the recession, but it has also helped our opposition. Higher oil prices are helping Russia dramatically. As one of the top oil exporting countries, Russia is raking in Rubles. Last week, Gazprom, Russia's leading oil exporting company, reported that its profits had doubled this year.

Sanctions are another of Biden's wrong-way energy policies.

The crown jewel in American international trade capability is the Swift System. Although an International Cooperative Society, Swift transactions have always been denominated in Dollars. SWIFT gives the United States influence over worldwide prices and is a key to the Dollar's status as the World's Reserve Currency. It also provides a cross-border float of billions.

Beginning in March, this Administration has actively debated whether to de-list Russia from the Swift System. It's been an agonizing back and forth between the hardliners in Washington and the more dovish. Those who recognize the importance of the Swift System to America's future.

Finally, the Europeans persuaded Biden to back off this reckless move to ban Russia. Europe recognized that banning Russia and its allies would be a devastating blow to European trade.

However, in the end, it may not matter. As Russia and China grow closer, China has an alternative to Swift. It's their "Cross Border Interbank Payment System," CIPS. After sitting on the shelf for years, CIPS is starting to take off. According to their website, the dollar volume on CIPS is up 50% this year. And it looks like they will be a real challenge to international transactions in short order.

Russia is starting to move away from SWIFT.

This time Biden didn't even need to run with the ball. His ongoing threats and debate were enough to show the world, especially Russia, where he was going.

Finally, just a note about Taiwan, when Biden began his term, there was one area of relative peace between the Super Powers, and it was Taiwan. For some time, the two countries had existed in relative peace, if not perfect harmony. China had agreed to let Taiwan go its way.

But the President seems determined to poke the dragon. Most recently, by allowing Speaker of the House Nancy Pelosi to visit Taiwan in what was perceived by the PRC as a State Visit.

Pelosi's visit seemed to have no rationale. And yet, over the strongest diplomatic objections, Pelosi flew to Taiwan. Hardly the way to win friends and influence people. Adding fuel to this growing fire, the Senate passed a $6.5 billion military aid package for Taiwan last week.

On Friday, China began to respond with sanctions on the CEOs of Raytheon and Boeing. But I'm sure there will be much more from China in the days ahead.

Once again, we see the Biden Administration headed the wrong way. If peace with China is an objective, it lies in the other direction.

In Energy, Trade, and Taiwan, this is the Wrong-Way President.

Interest Rates will be the big news this week, as no fewer than six Central Banks meet to determine the cost of funds. Meeting tonight, their Tuesday will be the Peoples Bank of China, on Wednesday the US Federal Reserve, and on Super Thursday, four banks meet Japan, Taiwan, Switzerland, and the UK.

Almost everyone in America believes the Fed will raise their core rate by 3/4ers %, bringing the new rate to 3 1/4%. For those in the West, inflation is the primary driver for this interest rate decision. We'll all find out at 2 pm on Wednesday.

A little later this morning, the National Association of Home builders will report on their latest Housing Market Index. This index is down by more than 40% so far this year. And analysts are expecting little change this morning.

This evening Japan will report on its current rate of inflation. For 11 straight months, Japan has suffered from higher prices, driven by steeper imported food and fuel costs. I'm looking for today's August price report to rise again.

A light day in earnings today, with only two companies on the calendar: Reporting so far has been a commercial printer, Ennis, Incorporated; its stock is trading higher. And due to report shortly is Autozone. 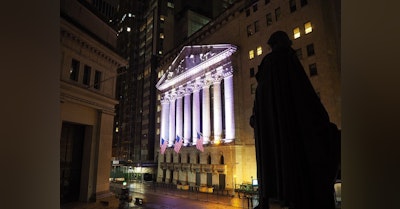 A Change In Inflation's Momentum

One of the critical skills for any investor, or anyone in finance, is to comprehend momentum. Where the markets are headed, in simplest terms, you don't … 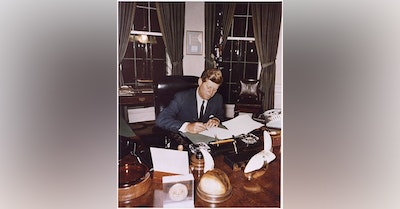